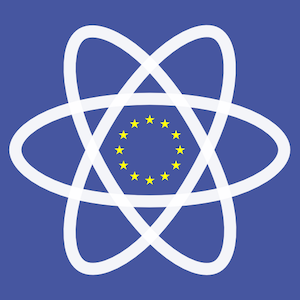 Last week I was lucky enough to attend the ReactEurope Event in Paris, and it was a really interesting experience. Speakers and talks were amazing, and the organization of the event was perfect.

Here are some notes I take during the event(Raw):

Inline Style: Inline style seems to be a good practice for state related style. And javascript style library like Radium are really useful for inline style.

GraphQL: GraphQL seems to be a really good solution to serve data to multiple clients, and allow you to limit the number of request and data to fetch for mobile devices. It’s a promising new approach to retrieve Data, and it could be plugged over your existing datastore (API REST, ...). A Specification Draft of graphQL and an implementation of a graphQL Server were released during the event.

Relay: the glue between graphQL server and your's React Application should be released in august 2015.

Animation: RIP ReactCSSTransitionGroup, the future of animation in react and react-native should bee less painfull.

Redux and hot reload: Redux flux implemenation, with store as reductor function, seems to be the Flux library to use in 2015. Hot reload improve really the developper experience and the future redux dev tools with state history navigation demo was amazing and should be released soon.

With a huge comunity, a great developper experience, reactJS and flux is really a great solution to build amazing UI. Add to this react-native for mobile development, and react should be the library to use in 2015.